Budd Lake, NJ – The NJWWA continues to fulfill its mission of serving the New Jersey watersports community, and hosted the first “Ice Boarding Demo at Budd Lake” on February 12th.

They say there is safety in numbers. Well, the numbers were in line for this past weekend for a great day of Ice Boarding on Budd Lake. The forecast temperatures called for an overnight low of 18 degrees, with daytime highs reaching 38 degrees, winds WSW 10-16mph with snow flurries. We sent out notices via multiple avenues over the course of the four days leading up to Saturday’s event and the end result netted us 15 ice boarding participants.

Due to the spontaneous nature of ice windsurfing, it is a challenge to plan an event with giving only a few days’ notice. By Thursday we were lacking a report for Lavallette, but heard of sailable ice up in Budd Lake. The President drove up to confirm the conditions late Thursday afternoon and also stopped at Lake Hopatcong, but it was found to be snowed covered with snowmobile tracks and footprints everywhere. With some trepidation, we sent out an ice windsurfing alert Thursday evening for Budd Lake on the weekend. It turned out to be a good call as the Lavallette ice broke up and floated away!

Preparations for the day began by around 9am with the light morning breeze dictating the rigging of a fairly large sail (6.4 m²) to survey the area. Upon conferring with an ice fisherman, the ice was confirmed to be 8” of white ice on top of 8” of black ice. About 50 yards off the beach, the ice was hard & smooth, with numerous stress cracks, but no pressure ridges or wide crevasses. We were able to mark a sizeable figure 8 course about 200 yards long within the middle of the lake. Soon enough, the winds picked up, necessitating the rigging of sails in the 4.0 range or smaller.

By Noon, the parking lot became a flurry of activity, which quickly carried over to the ice. Many first timers were given chances to try out every type of ice board present on the lake. There was a lot to choose from, including various versions of the original Paul Mindnich Freeskate, the Fiberspar Freeskate, the V3 Freeskate, and a Terra Board conversion. It was a great way to compare the abilities of each craft, and to hone our jibing skills. Needless to say, our protective padding and helmets were also put to the test on occasion. There were also some exciting displays of balance performed by three Skimbat Kitewings in use with skaters and a mountain board converted with blades. There was plenty of room for all, including various ice boats, who remained mostly upwind of us. There were even a few ice bikes making tracks as well. The winds maxed out at 15 – 20mph with gusts as high as 30 in the afternoon, literally snapping masts on a couple of ice boats.

Many participants inquired about attending future events and we have received a tremendous amount of positive feedback from the attendees, including the following online comment: “So glad I went. People were super nice and friendly. Some of us had no equipment, but everybody was glad to share theirs. Sailed till my arms were shot. Thanks you so much! It was a blast!!!!” The 16” of ice on Budd Lake isn’t going anywhere soon, so we hope to have a repeat performance again this winter.

Windsurfing Harness why You Should buy it 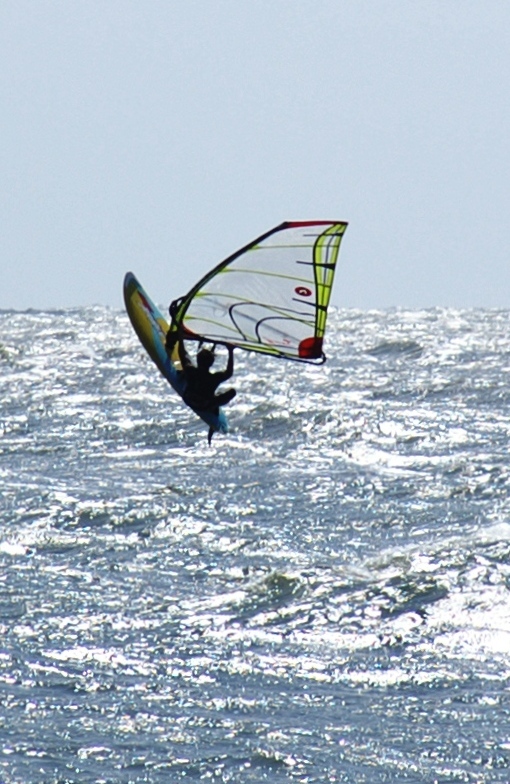